Artist Graham Stevens, currently in locked-down exhibitions at both Centre George Pompidou, Paris, as part of ‘Art and Ecology’, and Pompidou Metz as part of ‘Aerodream’, today launches an on-line exhibition of an art work for collaborative ‘SciArt’ solutions to global warming.

‘Desert Cloud’ [1974] transition to Carbon Cloud’ [2013] Artists Collaborate to Reverse Global Warming is a triptych series which developed out of a sculpture patented in 8 countries from 1976 (e.g. US Patent No. 4160523). ‘Carbon Cloud’ includes a means whereby visitors to the exhibition can photocopy the work to start personally participating in the removal of carbon from the atmosphere and oceans; the key action determining the survival of the biosphere. Each visitor-in-person to post-pandemic exhibitions of the work will be able to experience winding carbon thread out of the photograph of a cloud, which, of course, now all contain over 400 parts per million of carbon dioxide, as shown on the ‘Keeling Curve’ graph in the text panel of the triptych.

‘Desert Cloud’ was reported at the time as being seen by 1 in 10 of the world’s population, but despite being copied or influencing many forms of climate solutions, failed to effect carbon emissions substantially. Carbon Cloud offers a way for the public to save their planet without waiting for politicians, by simply persuading organizations to demonstrate how it’s done in practice with a Carbon Cloud system. 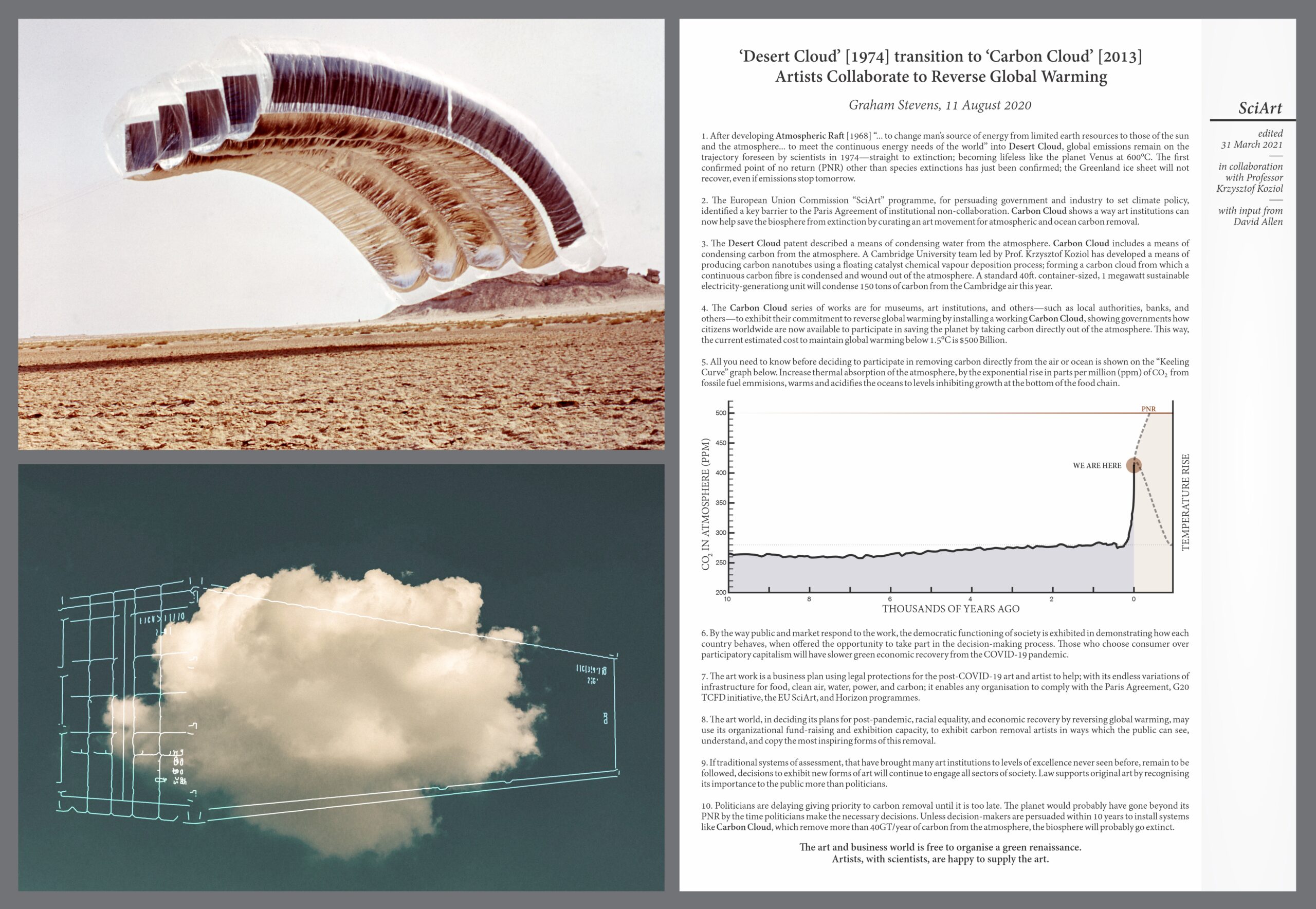 I’ve been working with artist Graham Stevens on presenting his work to help combat climate change. Artists need to work with scientists to do our part.
Art is in a unique position to influence, inspire, and motivate the masses to practice a change that cannot come quickly enough if we wait for politicians to concede that a sustainable future is more important than acute gains.
UPDATE (13-11-2021):
Graham and I have created a new website devoted to the intersection of science and art.